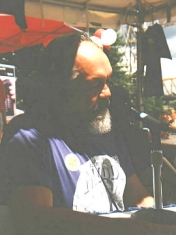 Arriving in Portland in the fall of 1994, Norman looked around for a station where he could continue airing a blues show. Within six weeks, he beat long odds and scored a late-night slot on Saturday (Midnight to 3 a.m.) at KBOO, the non-commercial, peoples' voice of Portland.

After getting the Midnight slot, Norman remembered an old song called "Midnight Flyer," about a train that ran between L.A. and San Francisco back in the 40's and 50's. Nat "King" Cole had recorded the song and won a grammy for it as 'Best R&B recording" of 1959. It seemed like a good title for a midnight show.

Midnight Flyer went on the air in November, sandwiched between a rap show and a reggae show. It remained on until the summer of 1997, when Norman moved to St. Petersburg, Florida.

Shortly before he left KBOO, a national syndicator, Fat Music, requested a two-hour version of Midnight Flyer for syndication. Since then, Midnight Flyer has been on the air every week in from two to seven markets around the country. For current information visit www.midnightflyerblues.com. 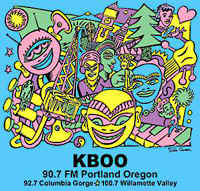